(Los Angeles, CA) - DENK is pleased to present new works by Los Angeles-based painter Asad Faulwell in Phantom. The gallery's first solo exhibition by the American-Iranian artist, Phantom is a continuation of Faulwell's critically acclaimed series, Les Femmes d'Algers. An ongoing project dedicated to the anonymity and persecution of female combatants in the Algerian War of Independence (1954-1962), the series depicts these ghosted women, most of whom are underrepresented by history if not completely erased by it, and their role in the fight against French colonial oppression. Faulwell's works reference several visual traditions of religious iconography and cultural ornamentation, incorporating decorative motifs based on Islamic textile, varied architectures, mosaics, illuminated manuscripts, and art history. The artist's complex mixed-media paintings offer a revisionist articulation of history that feels both referential and imagined.

An ambivalent look at the dynamics of power and uprising, Faulwell considers the violent consequences of organized resistance. The culturally sanctioned ostracism and gender inequity to which these women were subject following their participation in the resistance, further complicated the nature of their sacrifice. Having compromised its ideological mores in service of political dissent, these women were largely rejected as pariahs following the restoration of independence in Algeria; their pardon and eventual reintroduction into society proving an imperfect one. Faulwell's works attempt to capture these individual women in homage to their invisibility and complicated silencing. Initially inspired by the Gillo Pontecorvo 1966 film, The Battle of Algiers, Faulwell has extensively researched the subject, incorporating the portraits and actual identities of the women combatants into his works.

A series undertaken in reaction to art history's Orientalist fetishism, Les Femmes d'Alger by Faulwell presents Algerian women in a guise other than those traditionally available to her in the Western canon as harem girl, colonial conquest, or exoticized other. Eugène Delacroix's 1834 painting, Femmes d'Alger dans leur appartement, and Pablo Picasso's multiple iterations of the same theme inspired by the 19th-Century tableau belong to this tradition of erotic erasure and cultural othering. Ultimately, the subjectivity of the individual is forfeited at the altar of the western voyeur. Faulwell's portraits, on the other hand, are intentionally problematic rather than idyllic depictions of the feminine, in a gesture meant to reassert, rather than efface, the contention of her divided identity. Perhaps as a commentary on the very acts of seeing and showing, the subjects themselves are depicted in varying states of sightlessness, with eyes left intentionally flat, or gilded with pushpin tears. Wounded, specific, and ghostly, these women offer another and more resistant paradigm altogether.

Formally, Faulwell's works, in spite of the darker dimension of their subject matter, are dynamic, exuberant, and colorful. They combine patterning and ornament to offset the restrained quality of the figurative rendering. The women are executed in grisaille and muted monochromes, like sculptural monuments or faded black and white photographs, providing a spectral counterpoint to the vivid colors of their maximalist, abstracted backgrounds. They remain suspended in a liminal space, lifeless speculations amidst backdrops of lived color. The inclusion of three-dimensional push pins throughout Faulwell's works becomes subtly violent in its suggestion of force, immobility, and puncture while also providing an element of physical tension to interrupt the surface.

Spatially ambiguous, the works in Phantom reference several different palettes and decorative traditions rather than any one visual geography or culturally specific convention. The planar quality and perspectival flatness of the compositions are inspired by Islamic textiles, religious Christian icon paintings, and East Indian miniatures, while the overall tendency towards filling the plane with decorative elements shares similarities with the American Pattern & Decoration movement of the 1970s. There are also affinities with the lush patterning, visual metaphor, and female-centric imagery of late 19th-Century and early 20th-Century Symbolist painters like Gustav Klimt or Carlos Schwabe. More than any one visual tradition, however, Faulwell's postcolonial depictions of these forgotten Algerian women look to the power of representation, or the lack thereof, to elevate or silence, glorify or condemn.

Asad Faulwell was born in Caldwell, Idaho and currently resides and works in Los Angeles. He graduated from UCSB in 2005 and Claremont Graduate University in 2008. While at Claremont, he was awarded a Joan Mitchell Foundation Grant.

His work is part of many private and public collections including The Oppenheimer Collection at The Nerman Museum of Contemporary Art, Kansas City; The Rubell Collection, Miami, The Franks-Suss Collection, London and the Jiminez-Colon Collection, Puerto Rico.

Faulwell is currently part of the Los Angeles County Museum of Art's group exhibition, In The Fields of Empty Days: The Intersection of Past and Present in Iranian Art, on view at LACMA from May 6 to September 9, 2018. He will also be part of Unexpected Encounters, a group exhibition featuring permanent collection acquisitions from The Nelson-Atkins Museum of Art, Kansas City, Missouri; on view June 2 to August 12, 2018.

ABOUT DENK GALLERY
Founded in January of 2017, DENK is a newly established gallery in Downtown Los Angeles' thriving arts district. Its founding mission is to present a diverse program of local and international contemporary artists working across a variety of mediums, including sculpture, installation, painting, photography, works on paper, and interdisciplinary media. The gallery's goal is to curate engaging exhibitions by artists who are creating relevant, substantive, experimental, or timely work. By providing an adaptable venue that will allow artists to develop their concepts and have them realized, DENK hopes to foster a generative curatorial space. 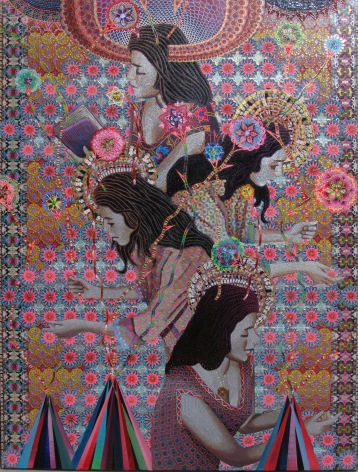 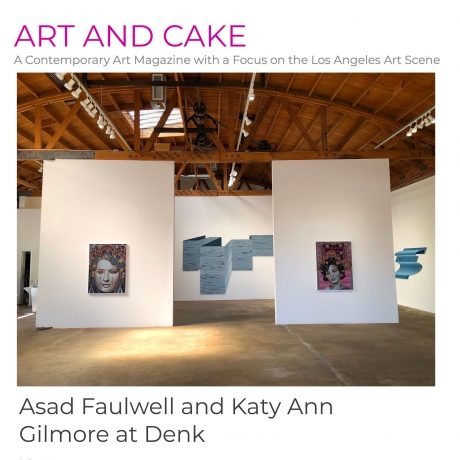 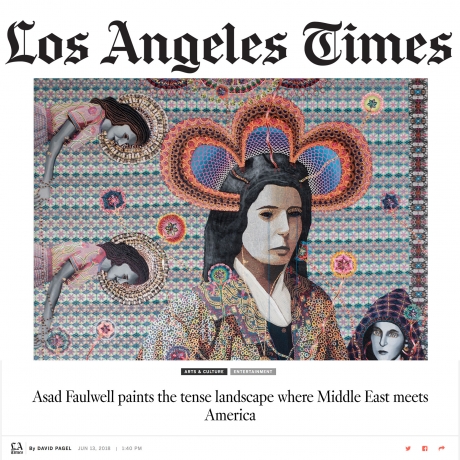