In the upcoming exhibition, Receding Horizon, Puusemp continues his exploration of science focusing his efforts on the cosmos and its relationship to man. He investigates the subject through sculpture, sound and drawing. He will include over 50 drawings, a found tree stump and a sculptural-sound installation (titled GAMMA) in the show.

GAMMA is a collaborative piece (with Ephraim’s sister Kiersten and father Raivo Puusemp) both artists as well. It was first exhibited outdoors in a remote desert location as part of High Desert Test Sites in Green 2015. The installation is made from four Geiger counters that are set up to detect cosmic gamma particles, registering each of these instances and amplifying the audible signal.

has included two sets of detailed drawings in the exhibition that experience of infinity. The first forty drawings he made for the show are nonspecific investigations in which the action of the drawing process and its infinite possibility mimic on a micro level the macro expanse of the universe.

The second set of twelve drawings he made are more specific and are based on photographs of galaxies. Many are drawn from the first galaxies discovered and photographed by Edwin Hubble using the 100 inch Hooker telescope at Mt. Wilson Observatory near Los Angeles. The remaining drawings are based on images taken by the Hubble Space Telescope.

Much of the work in the show is inspired by the history of the astronomical discoveries made at Mt. Wilson Observatory. has interpreted some of these discoveries into visual artworks and sound pieces that immerse the viewer and gallery visitors through a visceral experience and exploration of a science that is often not imaginable to the viewer.

Ephraim Puusemp is a visual artist living and working in Los Angeles. 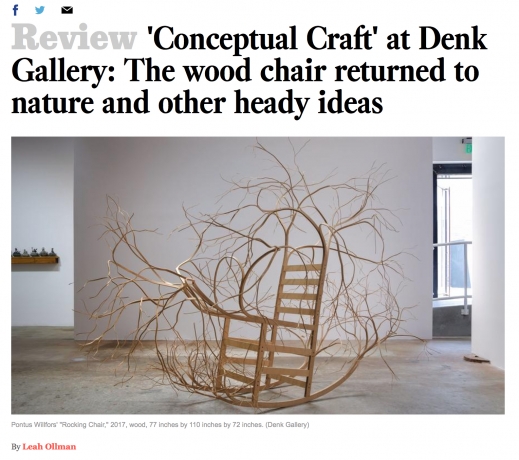 'Conceptual Craft' at DENK Gallery: The wood chair returned to nature and other heady ideas 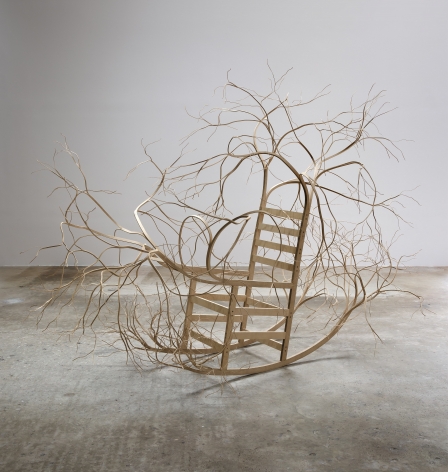